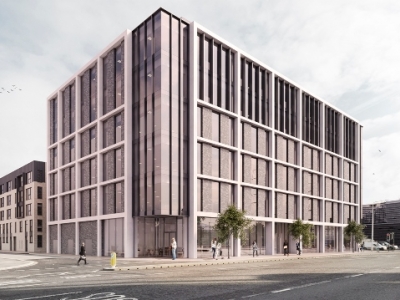 The Central Waterfront is the focal point for Dundee Waterfront which has involved the demolition of bridge ramps, roads and buildings, which previously separated the city centre from the waterfront. A new grid iron street pattern is being created, to reconnect the city with the waterfront to produce a stunning space that will be dominated by the award-winning V&A Dundee opens in September, the only design museum outside of London. The city was also announced as the only UK UNESCO City of Design in 2014. A new rail station has been built incorporating Sleeperz Hotel. Most of the land is owned by Dundee City Council

New office development in prime location of the central Waterfront which lies east of the new station and north of the V&A. The offices occupy one of the best locations in Dundee, with views of the new station, the river Tay and the new Dundee V&A.

Lease Details - Offers are invited on a FRI basis.