18/06/18
Back to articles
Tweets by DundeeCouncil 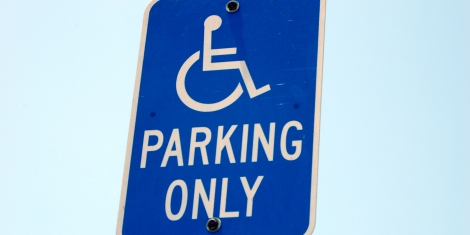 A  COUNCIL scheme has provided more people with disabilities with dedicated parking spaces near their homes.

Almost 100 new spaces were created last year as part of the initiative brought in after legislation passed by the Scottish Parliament was enacted in 2009.

Mark Flynn, deputy convener of Dundee City Council’s city development committee said: “In the past couple of years the power not just to create new spaces but also to delete those no longer in use has given us a net gain of more than 80 spaces for people with disabilities.

“With that comes the ability to hand out fixed penalties to people who park in them without authority.

“These spaces allow people with disabilities to enjoy the independence and transport options that most of us take for granted, and when they are no longer needed we can remove the road markings and the associated restrictions.”

According to a report due to be considered by the city development committee on Monday (June 25) in the last financial year, Dundee City Council removed 58 disabled on-street parking bays as they were no longer required and added 92 new ones.

Traffic Orders making these bays official will be passed in due course, allowing them to be enforced.

In Dundee an on street disabled persons parking place is provided to anyone who meets the qualifying criteria, and subsequently removed when the council re-designates the space.