30/08/18
Back to articles
Tweets by DundeeCouncil 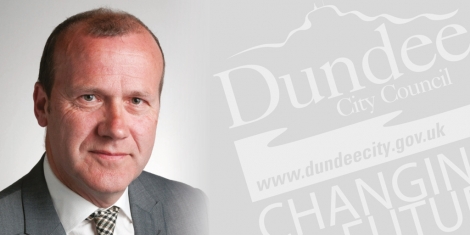 PEOPLE who live close to the city’s football grounds are to be asked their views on a proposed pilot scheme for residents’ parking on match days.

Launching next week Dundee City Council will be asking residents near Dens and Tannadice their views on a parking permit scheme to replace the current “no waiting” cone system.

Mark Flynn depute convener of the council’s city development committee said: “The scheme would only operate on match days or when there is a major event at either stadium and is in response to feedback we’ve had about the current system.

“If residents tell us they like the idea then it would do away with no waiting cones and allow people who live close to the football grounds to come and go even on match days.

“We’re proposing that a resident’s permit would be free, with an as yet to be agreed cost for visitors that forms part of the consultation and that existing Blue Badge rules would continue to apply.”

While the scope of the scheme is still to be agreed, residents and businesses in the area surrounding Dens and Tannadice including Sandeman Street, Provost Road, Fleming Gardens, Hindmarsh Avenue and Tannadice Street are being invited to take part in the consultation.

Between Monday (September 3) and September 18 the proposals will be on display at Fleming Gardens Sheltered Housing complex where local residents can give their feedback on issues including, but not limited to, streets to be part of the scheme, the period of enforcement and any possible exemptions.

A representative of Dundee City Council will be in attendance on Tuesday September 18 between 3pm and 6.30pm to answer questions.

After the consultation feedback will be reviewed and used to help map out a proposed scheme.