05/12/19
Back to articles
Tweets by DundeeCouncil 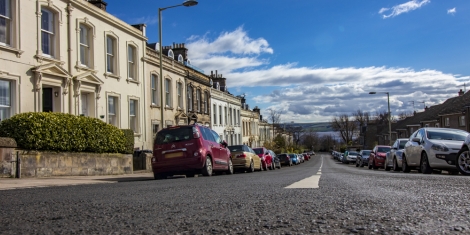 The report’s audit process for the city is carried out by Keep Scotland Beautiful and Dundee City Council. The data shows Dundee has improved in various categories.

Dundee’s overall street cleanliness score has risen to 92.1%, above the average rating of similar areas and an improvement on previous years. Assessments showed Dundee had lower levels of litter as more sites were graded as being in acceptable condition or better.

Another positive has been the significant drop in smoking litter. Dundee has seen a 6.6% decrease in the space of a year. The rate of litter is below that of similar local authorities as assessed by Keep Scotland Beautiful.

The perception of street cleanliness in Dundee was also highlighted as the condition of neighbourhoods have been judged to have improved visually. The research showed a subjective record of over 93% satisfaction with street tidiness, up from 90% in 2017/18.

"The Council’s Environmental teams have been dedicated in improving the conditions of streets in Dundee, tackling litter, graffiti and other forms of anti-social behaviour.

"These efforts go hand-in-hand with many environmental groups around Dundee. It's great to see so many people working together to take pride in Dundee."

Cost of the School Day Update

Efforts in a range of Dundee primary and secondaries to reduce the cost of the school day for...

EV DRIVERS in Dundee could benefit from upgrades to the charging infrastructure including...