Apprentice of the Year award

13/02/20
Back to articles
Tweets by DundeeCouncil 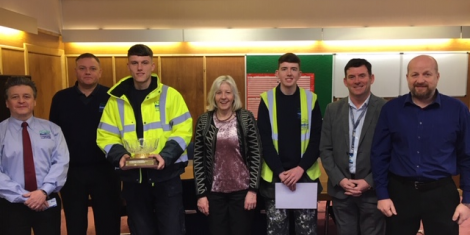 Dundee City Council has named its apprentice of the year.

The Bill McKay Trophy was donated in memory of the late Bill McKay, depute director of Contract Services (now part of the the council’s Neighbourhood Services) from 1984 to 1993.

The trophy is presented annually to the apprentice who has achieved the best results at college and work during their apprenticeship.

Convener of Neighbourhood Services Councillor Anne Rendall said: “I would like to congratulate this year’s winner and runner up, I know they put in a lot of hard work over the course of their apprenticeship.

“The council has fantastic apprenticeship schemes that help and encourage our young people to gain skills and qualifications and this award recognises their effort.”

A NEW 50,000 fund to support Christmas activities and events in communities could be launched if...

ESSENTIAL maintenance to a Broughty Ferry street is set to start next week.King Street will be...