25/02/20
Back to articles
Tweets by DundeeCouncil 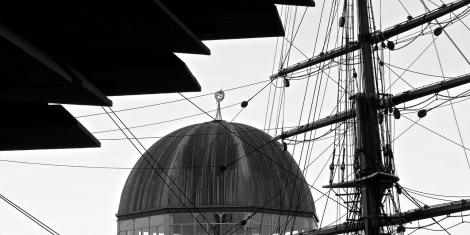 The winners of Dundee’s 54th annual photographic completion have been revealed at a ceremony in the city centre.

Organised by the Dundee Photographic Society and Dundee City Council’s Neighbourhood Services, the contest celebrates the best pictures of the city as captured by locals.

Four trophies were up for grabs at the ceremony, held at St Paul’s Church Hall in Marketgait, with photographers able to submit up to six photos taken over the last 12 months.

The Dundee Corporation Trophy was awarded to Marion McMurdo for ‘Street View’, ‘Under the Tree of Light’ and ‘Autumn Carpet – Magdalen Green’.

The Robert Saunders Trophy was presented to John Edward for ‘Top Dog and his Pal, Camperdown Park Run’.

The Fred Duncan Trophy (Dundee Photographic Society Open Competition) for photographer of the year was won by Brian Clarke, who accumulated the most points from projected image, monochrome and colour print sections.

Brian Clarke took top honours in colour prints with ‘Into the Blue’, and first place in the monochrome print category for ‘Lone Tree and Ferns’.

Leoni Doig took first place in the Jim Coleman Trophy, for best image taken by anyone under 18 years of age – ‘Left Behind’.

Neighbourhood Services Convener Councillor Anne Rendall, said: “I am delighted that the Photographic Competition is now in its 54th year and both the competition and Society are going from strength to strength.

“The standard of work never fails to impress and is a fantastic way of showcasing Dundee’s natural history, architecture and changes to the city.

“I’d highly recommend everyone visits the exhibition of entries on display at Central Library in the Wellgate Centre from the 4th to the 18th March.”

Businesses in Dundee are being invited to join the new ?Scotland Loves Local? service, a national...