05/08/20
Back to articles
Tweets by DundeeCouncil 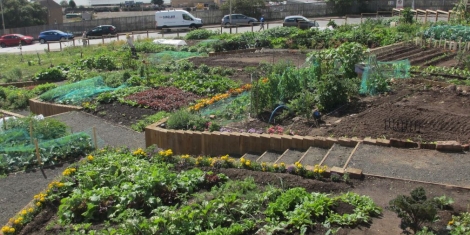 AN ACTION plan that aims to bring more land in Dundee into use for growing food will be served up to councillors next week.

The plan, part of the proposed Local Food Growing Strategy, identifies more than 1500 hectares of available land that could theoretically meet the fruit and vegetable needs of more than a third of the city’s population.

John Alexander, leader of Dundee City Council who will chair the recovery sub-committee said: “Dundee is blessed with a considerable number of popular and well-tended allotments, both council managed and privately leased.

“The consistently long waiting lists also show that there is a demand for land within the city to grow fruit and vegetables, and this strategy not only identifies how and where that capacity could be increased but the health benefits of doing so.”

Anne Rendall convener of Dundee City Council’s neighbourhood services committee added: “As well as the more traditional allotment sites we have a wide and inspiring network of community growing spaces, which have been developed by organisations, as well as the council. A number of the ones we set up are now run by local communities.

“It is clear that there is an appetite for cultivating food locally and this strategy aims to help meet that growing desire.”

The strategy, which will be considered by the recovery sub-committee on Monday (August 10) notes that while the council currently provides enough land to meet the legal requirement the ambition is to increase that.

As well as identifying suitable parcels of land for growing food, the strategy also notes that success will only be achieved through the application of dedicated resources, skills development and awareness raising of local communities and decision makers.

The latest 6.7 million phase of an external wall insulation (EWI) programme in Dundee will...

Dundee?s civic leaders today encouraged city residents young and old to ?stick with it? as new...