23/09/20
Back to articles
Tweets by DundeeCouncil 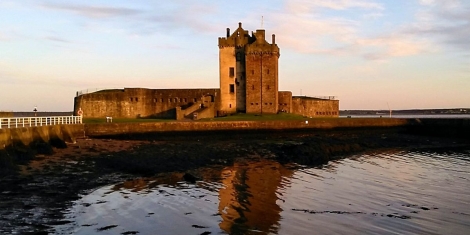 TEMPORARY measures to reduce through traffic on a Dundee street are to end next month.

Broughty Ferry Esplanade which has been closed to through traffic since June 15, will re-open week beginning October 26.

Mark Flynn convener of Dundee City council’s city development committee said: “We were pleased to see higher levels of pedestrian and cycling activity on the Esplanade during the summer months.

“However as the temperature drops and the hours of daylight reduce it is less and less likely that family groups and casual cyclists will be coaxed onto their bikes, so the best balance will be achieved by bringing that part of the scheme to an end in the last week of October.”

A new 20mph speed limit introduced on the Esplanade as part of the Spaces for People programme will remain in place.

Dundee City Council was awarded £460,000 from the Scottish Government’s Spaces for People Fund in May, which supported work to introduce 20mph zones, pedestrianisation and reduced through traffic reduction on various routes.

Funded by Scottish Government and managed by Sustrans Scotland, Spaces for People is a temporary infrastructure programme in Scotland offering funding and support to make it safer for people who choose to walk, cycle or wheel for permitted journeys and exercise, while physical distancing is in place during Covid-19 and as there is a transition out of lockdown.