03/12/20
Back to articles
Tweets by DundeeCouncil 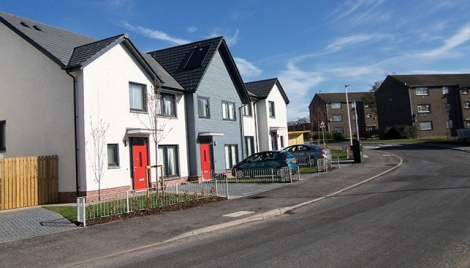 NEW GUIDANCE for developers on connecting to or creating district heating systems in Dundee could be adopted by the council.

After a consultation on the draft proposals which laid out the steps that would be needed, councillors are being asked to approve the new direction.

An existing policy already requires developers to demonstrate that they have considered this method as a sustainable form of heating within their scheme.

Mark Flynn convener of the council’s city development committee said: “Creating this new guidance forms part of the council’s on-going commitment to delivering our ambitious targets for making the city more sustainable. Policies like this help progress Dundee's contribution to tackling climate change by working towards a net-zero future for the city.”

Will Dawson convener of the council’s planning committee added: “This new district heating systems policy puts the issue front and centre and makes going through the checklist a material consideration when we are deciding on planning applications for future developments.”

District heating systems provide heat from a sustainable point of generation to end users such as homes or businesses via a network of insulated pipes delivering water or steam.

Dundee has a long history of such system with the Logie estate having one of the city’s first almost 100 years ago and more recently at the Dallfield multis which sees hot water pumped to flats on all 14 floors of the multi from central boilers.

Back to articles
Tweets by DundeeCouncil
Parking charge suspension continues

PARKING at all Dundee City Council on and off-street provision will continue to be free for the...