04/12/20
Back to articles
Tweets by DundeeCouncil 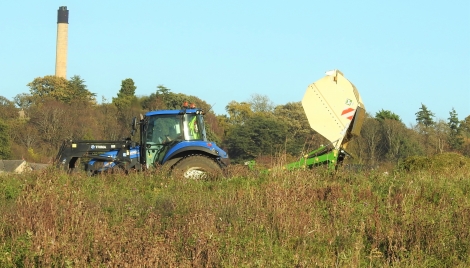 Dundee has again been well represented in the national Green Flag Awards and Scotland’s Beach Awards, with the city receiving eight awards in total.

The Green Flag Award project is run by Keep Scotland Beautiful and aims to recognise and reward well managed parks and green spaces.

Dundee has improved on its total number from last year, with Riverside Nature Park winning in its first year of entry.

“Greater Yellow Rattle flowered for the first time and Skylark numbers increased again to 16 singing males, up 40% from last year. The wildflower meadows have now all been mown using the Cut & Lift regime recommended by Plantlife and that should increase wildlife more each year.”

“The story of Riverside Nature Park is a special one and I’m delighted to see it win in its first year of entry. The site has come on leaps and bounds since its inception and is providing lots of more interesting stories from its wildlife and wildflowers.

“Many of Dundee’s winners have long been recognised in these awards and it shows some of the wonderful spots Dundee has to offer as well as the attention our fellow residents give to them to keep them looking so nice.”

The Green Flag Award winners can be seen in full on the Keep Scotland Beautiful website, as well as the Scotland’s Beach Awards winners.

Back to articles
Tweets by DundeeCouncil
Unlocking development sites