04/05/21
Back to articles
Tweets by DundeeCouncil 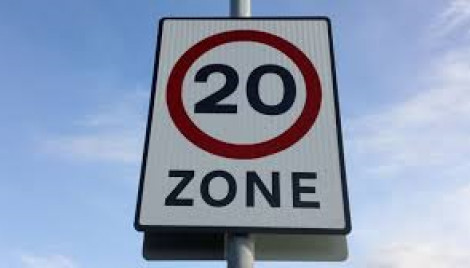 ALMOST a year after four new 20mph zones were trialled in Dundee they could be made permanent, if councillors give them the green light.

The reduced speed limits in parts of Broughty Ferry, Douglas, Fintry and the West End were brought in last summer as part of the Spaces for People scheme.

“As lockdown measures ease these four 20mph zones will help to change the face of parts of the city by creating a safer street environment.”

A report to the city development committee seeking approval for Traffic Regulation Orders to make the limits permanent shows that average speeds for the areas are relatively low and close to parameters in the Transport Scotland guidance for 20mph zones.

It recommends that 20mph limits should mostly be considered where existing average speeds are no greater than 24mph, which is the case in five of the six sites monitored.

Dundee City Council was initially awarded £460,000 from the Scottish Government’s Spaces for People Fund, which will meet the costs of bringing in the Traffic Order.

Also being considered for permanent status is the pedestrianisation of Union Street. Under the proposal all vehicles and parking will be prohibited, the only exception being for loading between 11pm and 11am.

In a recent survey there was overwhelming support for making Union Street a pedestrianised area after it was temporarily closed last summer. The street has seen a number of environmental improvements including planters and street art and many hospitality businesses took the opportunity to create outside seating areas.

The city development committee meets on Monday (May 10).