05/05/21
Back to articles
Tweets by DundeeCouncil 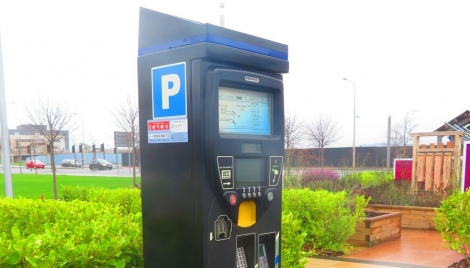 DRIVERS are being reminded of a number of changes to Dundee’s car parks from next week.

In Menzieshill Orleans Place will become a pay and display car park. Non-resident users will have to pay at the new parking meter to stay longer than two hours. The change was brought in to support local shops by creating turnover. The first two hours of parking are free but a ticket showing your time of arrival must still be displayed.

The car park at Menzieshill Community Centre will remain free, but parking is strictly limited to a maximum of four hours. Any vehicle found to be exceeding that limit will be liable to a fixed penalty charge. Like Orleans Place car park, a ticket issued from the parking meter will show the arrival time.

Meanwhile in the city centre the Shore Terrace car park will change from pay on foot to pay and display. The barrier system that has been in place since 2014 will be decommissioned, although the barriers will be left in place to help with traffic management during events. Car park users can use the parking meters which allow contactless payments or can pay via the Just Park phone app.

All of the changes come into force on Monday (May 10) along with the reintroduction of charging at most council run surface level and multi storey car parks in the city, as well as on street pay and display bays. The only exception being seven West End car parks which will remain free until September 27.