02/06/21
Back to articles
Tweets by DundeeCouncil 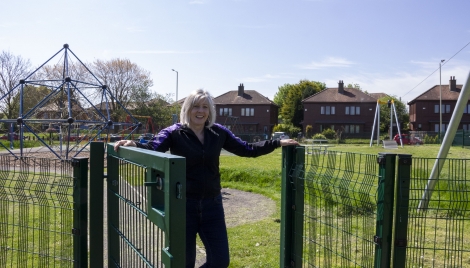 More than £200,000 worth of improvement works to play areas, parks & green spaces throughout Dundee could get underway in the next few weeks.

Proposals to further the health and safety measures at five of the city’s play areas will be put to Councillors to approve the installation of soft closing gates at Whorterbank, Finlathen Park, Camperdown Park, Stobsmuir Park and Victoria Park.

Councillors will also be asked to support enhancements to the city’s parks and green spaces to make them safer and more attractive for the public, with plans for path & fencing works, signage and new planting being outlined.

Neighbourhood Services Convener, Councillor Anne Rendall said: “It’s paramount that the health and safety standards in the children’s playparks of the city remain high and continue to be well maintained. On that basis, it’s very positive to see the first phase of the programme to install soft closing gates at five play areas across the city being brought forward.

“It’s also very good to see, after internal and external Green Flag assessments, that a number of environmental works are being proposed in some of the city’s most popular outdoor areas. This is key to helping keep Dundee attractive and accessible for everyone to enjoy.”

The Neighbourhood Services Committee will consider the environmental improvements at its next meeting on Monday 7th June.

Full details of the improvement projects can be found on the Dundee City Council website.

Back to articles
Tweets by DundeeCouncil
Action to Tackle Child Poverty

A new report detailing the scale of the task faced by Dundee agencies tackling local child...

PROPOSED parking restrictions on a busy Stobswell street may not go ahead after more than a dozen...