03/06/21
Back to articles
Tweets by DundeeCouncil 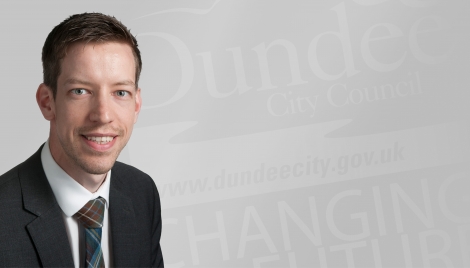 Dundee City Council’s success in promoting adoption of the living wage by employers across the city is one of the highlights of a report analysing data on the council’s performance.

The policy & resources committee meeting on Monday June 7 will consider analysis of the Local Government Benchmarking Framework Performance Indicators for 2019-20.

Members of the committee will also hear that the data will be vital in helping the city to recover and move on after the pandemic.

In the report, measures covering council service areas are detailed and compared with similar councils across Scotland, based on factors like deprivation and urban density.

Councillors will hear that, since 2016, Dundee City has seen a reduction of 7,000 people who are earning less than the living wage.

The number of living wage accredited employers based or headquartered in Dundee has exceeded the year 3 target in the Council Plan 2017-22. The levels of interest in the accreditation have been high due to the recognition of Dundee City becoming the UK’s first Living Wage City.

Other highlights in the report include:

Committee convener and council leader Councillor John Alexander said: “This data is important in helping us to understand the impact of the pandemic as we move forward and will help us in planning our recovery.

“While there are improvements across many of the areas of this report, we are certainly not complacent and are well aware that there are aspects of our performance that need to be enhanced.

“We are working hard and we have action plans in place for all of these.

“Our council plan and the wider city plan outlines our ambitions to make the city a better place for everyone.

“This report shows the range of council services covering all aspects of people’s lives and where we are intervening to make a difference.”

Information about benchmarking data can be found on the Dundee Performs webpages here.

Back to articles
Tweets by DundeeCouncil
Action to Tackle Child Poverty

A new report detailing the scale of the task faced by Dundee agencies tackling local child...

PROPOSED parking restrictions on a busy Stobswell street may not go ahead after more than a dozen...