23/06/21
Back to articles
Tweets by DundeeCouncil 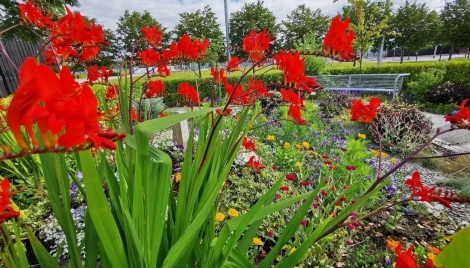 PROGRESS ON Dundee’s response to issues raised by the Black Lives Matter movement has been revealed by the councillor tasked with leading the effort.

Maryfield representative Georgia Cruickshank has been appointed Chair of the City of Dundee and Black History Working Group which is overseeing eight different strands of activity.

These include efforts towards creating a permanent display in the McManus Galleries telling the full story of the city’s involvement in slavery; more active support and participation in Black History Month in October; working with relevant institutions to commission further research into the city and wider city-region’s involvement in slavery and emancipation; and potentially commissioning a new and appropriate public art work in a key city location.

Cllr Cruickshank said: “The progress so far in addressing what is a broad, deep and of course, highly emotive subject has been impressive, particularly with the other priorities that the city has faced in the past 12 months.

“We have already produced a detailed paper reviewing our approach to tackling human trafficking and exploring how best to raise awareness and education in the city about the issues involved and agreed to look into the possibility of commissioning local artists of colour to create temporary works for Slessor Gardens.

“A lot of Dundee's permanent public art celebrates the city's past, but it has seldom, if ever, represented any ethnic contribution to the city which could be because no formal study into the city's black and ethnic history has been undertaken.

“We didn’t want to wait until that big piece of work was finished before making a physical statement, so as part of our contribution to this year’s Black History Month in October we want to commission temporary artworks for the poster sites in Slessor Gardens.

“If funding can be found they will be there for a minimum of three months and allow everyone to introduce, share, and celebrate the impact of black heritage and culture.”

The council has agreed to investigate funding that would help select two artists, each of whom will have their own space on either side of Slessor Gardens, to display their different approaches and perspectives on their culture and its relationship to Dundee today.

It is expected that the project could cost in the region of £3000 to cover the artists' fees, printing and installation of the posters.

Cllr Cruickshank added: “None of this progress would be possible without the support and engagement across parties in the council.”

Council leader, John Alexander said: “Dundee City Council stands against racism in the city, in Scotland and across the world.

“We do not pretend that there is not a problem here, but we are determined to join together to address it and this working group and the various activities being worked through and proposed have made a start on that journey.”

The City of Dundee and Black History Working Group will meet regularly to monitor progress and highlight further activities.