20/09/22
Back to articles
Tweets by DundeeCouncil 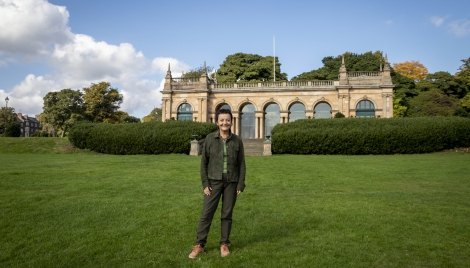 Over £110,000 worth of improvement works are being proposed at environmental locations in the city, such as Baxter Park, Dudhope Park & Caird Park, and Birkhill Cemetery with plans to be put to city councillors next week.

If approved, the creation of biodiversity grasslands at Baxter Park will take place while the second phase of the ongoing biodiversity project at Den O’ Mains will come into effect.

Caird Park could benefit from new fencing and gates, while the play areas at Roseangle, Baxter Park and Dudhope Park may receive improved replacement gates.

Within the planned works, it is also set out that Birkhill Cemetery would have drainage improvements made to the southern car park to alleviate possible flooding, the installation of concrete pads beneath benches, further tree planting, and the installation of bollards.

Neighbourhood Services Convener Councillor Heather Anderson said: “The improvements planned for Baxter Park are exciting and it’s good to see the creation of biodiversity grasslands in another popular city space.

“Officers have worked with the local Friends of Baxter Park group on locations and the choice to plant woodland edge wildflowers underneath tree canopies will undoubtedly add another asset to the park.

“The plans also include improvements to city play areas. It’s important that we continue to invest in our park’s play areas, ensuring they are safe and enjoyable places for our youngest to visit.”

The Neighbourhood Services Committee will consider the proposals at its next meeting on Monday 26th September.

Full details of the environmental improvement proposals can be found on the Dundee City Council website.