28/09/22
Back to articles
Tweets by DundeeCouncil 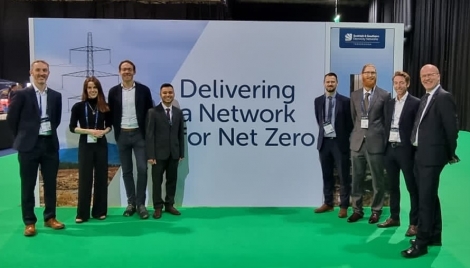 The master plan, backed by Scottish and Southern Energy Networks, Scottish Gas and Scottish Water. sets out to identify the most effective route for Dundee to transition to a net zero carbon energy system.

Mark Flynn, convener of Dundee City Council’s city development committee was involved in discussions that will help to formulate the plan at a Climate Week event in Glasgow today (Wednesday).

He said: “Since the council declared a climate emergency in 2019 a considerable amount of work has been going on to put the structures and people in place that we need to be able to respond positively and proportionately.

“This plan is a key part of our partnership response and it sets out how the city can achieve its goal of delivering a net carbon zero energy scheme that will not only benefit people in Dundee, but across the country and beyond.”

“Working closely with the council, we are collaborating to share network data and information from multiple sources alongside modelling best practice to build a clear picture of optimal pathways to reach net zero.”

It will also investigate the potential of green/blue hydrogen in Dundee for industrial use to attract inward investment from energy intensive and/or green industries, such as steel, cement, electric vehicles and petrochemical.

In addition, techno-economic analysis will be carried out on the identified options to help choose the most appropriate routes to decarbonisation of the local energy system to provide stakeholders with a basis for taking forward activity and prioritising investments and action.

The LAEP forms one third of a three-pronged approach to achieving the council’s goals and will be implemented in conjunction with a Local Heat and Energy Efficiency Strategy and a process looking at Regional Energy System Optimisation Planning.

Work to implement the strategies is being taken forward by the Dundee Climate Leadership Group.

Earlier this week the council launched Scotland’s first green participatory budgeting initiative. The Dundee Climate Change Fund is looking for community projects which over the next four years will support communities to identify and vote on local projects aimed at delivering on the following themes:

Advice and support is available to help groups put in project bids by contacting ClimateChoices@dundeecity.gov.uk

16 Days of activism to end gender based violence

DUNDEE?S response to one of the world?s biggest campaigns on preventing violence against women...

The sky's the limit for waterfront hoardings

The sky's the limit for waterfront hoardings

A DOZEN new images of Dundee, all taken from the sky, have been unveiled at the city?s Waterfront...