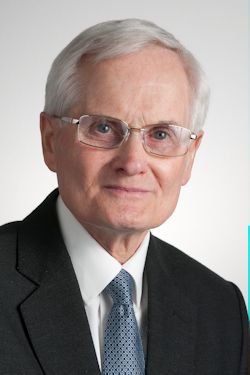 Who is the Lord Provost?

Ian Borthwick is Scotland’s longest serving councillor. He was first elected to Dundee Town Council in 1963, then jointed the Tayside Regional Council in 1975 and Dundee City Council in 1996.

Currently, he represents the Starthmatine Ward as an independent Councillor.

What does the Lord Provost do?

The Lord Provost is also the Lord-Lieutenant of Dundee, which means they are the Queen’s official representative in the city. The Lord Provost will host any visits by members of the royal family and events relating to the armed forces.

They will carry out a wide range of duties which include civic receptions, promoting Dundee’s reputation home and abroad and will maintain links with our twin cities.

A message from the Lord Provost

Dundee has a long and proud civic history. The Lord Provost is at the forefront of the civic business, and I'm proud to be the current incumbent of the role.

In Dundee, Lords Provost have always directed their activity towards doing what we can for the people we represent.

That certainly is my philosophy.

Thank you for taking the time to visit this page.