18/11/20
Back to articles
Tweets by DundeeCouncil 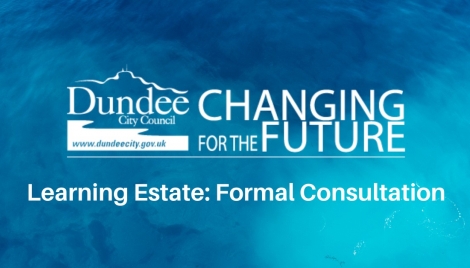 Updates are being published today (Wednesday November 18) about ongoing consultation on the Dundee school estate.

The city council started taking opinions in February over plans to close Braeview Academy and Craigie High and replace them with a new secondary school and community learning campus.

As part of this, consultation was also carried out over the expansion of Grove Academy’s catchment to include Craigiebarns Primary.

Meanwhile, views were sought on a separate proposal for the realignment of the catchment areas of Harris Academy’s feeder schools, with the removal of Invergowrie Primary as an associated primary.

Further consultation on the two proposals took place in August after the original period was cut short due to the coronavirus-related closure of schools in March.

Education Scotland then conducted its own three-week engagement with stakeholders during September and October.

A report on the consultation over Braeview Academy and Craigie High, including Education Scotland’s findings, is available on the council’s website here

There will now be a further three-week period, until Wednesday December 9, in order to comply with the requirements of the Schools Consultation (Scotland) Act 2010.

In the conclusion of the report, it is proposed that the recommendation for a new school should go forward.

Any final decision on approval would be taken by the council’s children and families services committee.

Meanwhile, following consultation on Harris Academy and Invergowrie Primary, a revised proposal based on feedback has been published.

It includes a section on educational benefits for Invergowrie Primary School pupils if the proposal is approved and further clarity on projected pupil numbers.

A three-week period of consultation on the revised proposal is open between Wednesday November 18 and Wednesday December 9 for comments to come forward.

At the end of this exercise, and after careful consideration of any additional comments received, the council will look to publish the completed consultation report as soon as is possible.

Councillor Stewart Hunter, children and families convener said: “We have stressed that no final decisions will be made on the proposals until full reports on the results of the consultation can be considered by the committee in public.

“I expect that a report on Braeview Academy and Craigie High could be looked at in January.

“However, given the extra work that is going into the consultation on Harris Academy and Invergowrie Primary, it is likely that will come later in 2021.

“We are writing to everyone who has taken part in the consultation exercise over the two proposals to inform them of progress.

“I would like to thank them for their contributions because their views are extremely valuable in helping us to move forward and take decisions.”

Dundee has again been well represented in the national Green Flag Awards and Scotland?s Beach...