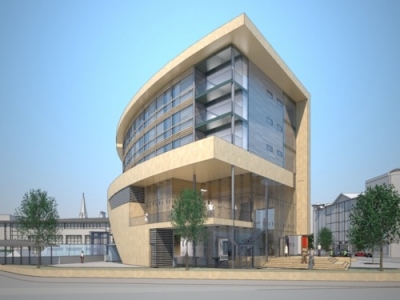 The Central Waterfront is the focal point for Dundee Waterfront which has involved the demolition of bridge ramps, roads and buildings, which previously separated the city centre from the waterfront. A new grid iron street pattern is being created, to reconnect the city with the waterfront to produce a stunning space that will be dominated by the award-winning V&A Dundee opens in September, the only design museum outside of London. The city was also announced as the only UK UNESCO City of Design in 2014. A new rail station has been built incorporating Sleeperz Hotel. Most of the land is owned by Dundee City Council